Welcome to the first of our employee spotlight series! I had the pleasure of chatting with the beloved Jette Henderson last week, one of our Machine Learning Research Scientists, about her life and career. Jette is a thoughtful, empowering, and intelligent leader, and I’m delighted to share our conversation with you all. 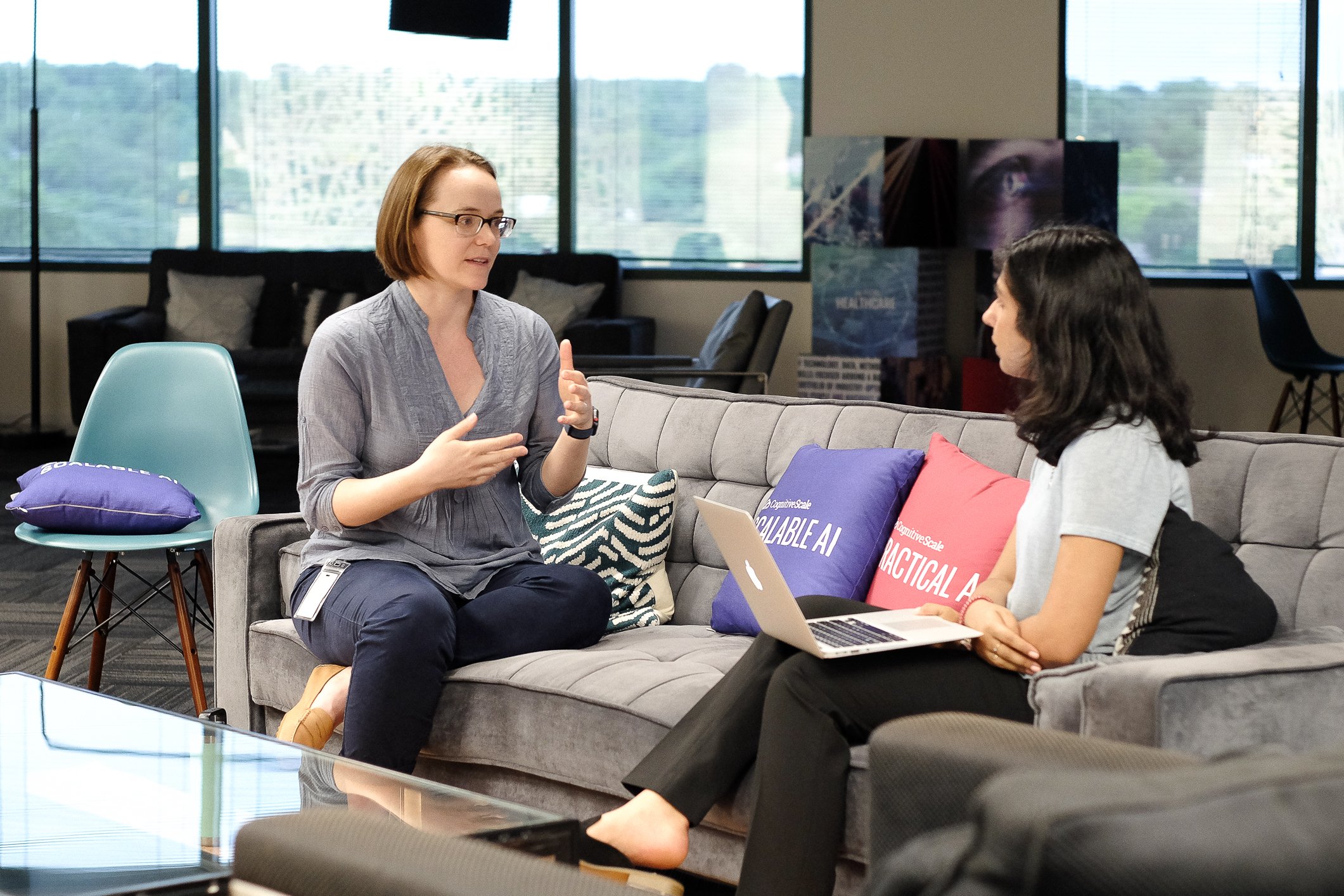 So, what led you to pursue the area of study and career that you have today?

JH: I was a math major in college, and I knew that I liked probability and statistics. Then I took a programming class and I was like, “Oh, I like that too. If only there were a way to merge these things.” Then I went to grad school, and that’s where I discovered machine learning, and I was like, “Oh, this field exists!”

JH: It was just sort of learning about things independently and then discovering that they were merged in a field, so it worked out.

That’s great. What excites you most about your job here at CognitiveScale? And maybe tell us a little bit about what your job entails.

JH: Okay, so I am a machine learning research scientist. Let’s see, what does it entail every day? I feel like I have a lot of freedom here, and what I work on broadly is research in fair and responsible AI. Basically how you build a system that isn’t discriminating against certain groups of people—and there are many ways to approach that. It’s a field that sits on top of all machine learning, because you could have a fairness issue really any time you’re making a decision about a group of people or something like that.

I work with people on the machine learning team or the LSI team to take their research and investigate different parts where fairness issues could come in. I’m working with somebody who is an expert in natural language processing, and we’re looking at how gender biases get embedded in language. And then, another person I’m working with has expertise in recommendation systems, so we’re looking at how you can make a fair recommendation. If you’re recommending a group of objects or group of things to a user, how do you increase the diversity in those groups or in those sets of recommendations so that you’re not just recommending the same thing over and over.

Essentially, I read a lot of papers and then I get to code!

I’m sitting here thinking about what an important job this is that I have never thought about. Also amazing that it’s at the intersection of humanities, social sciences, and engineering! What would you say is your favorite part about the job, or maybe a favorite project you’ve worked on?

JH: Oh, I guess I should probably talk about Cortex Certifai too. Another project I’ve been working on. We are building a tool that will help a user analyze the robustness, like how easy it is to fool a model, the fairness—whether or not you’re discriminating against groups of people being affected by the decisions of that model—and then explainability, which is like how do you explain a decision that the model made to a user. Through explaining things you can build trust with the user and help them understand how the model is working just a little bit. So that’s Cortex Certifai.

I’d say one of my favorite parts so far…I don’t know, it’s just really cool to be able to work on these problems, but I also really like collaborating with people and mentoring people because I think that’s where really good ideas come from. They’re not made by a single head they’re made by like… 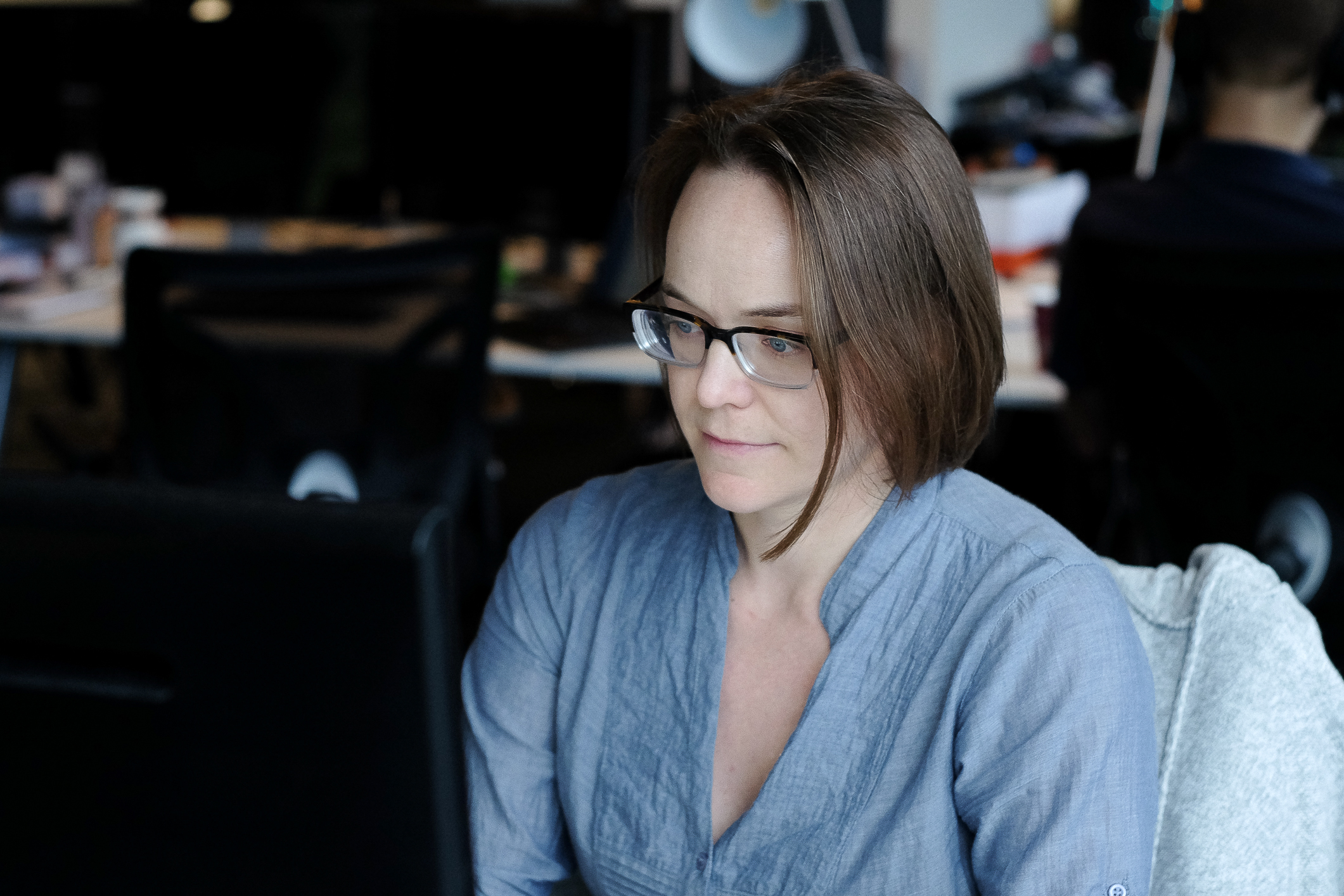 Not only your big brain, but many big brains.

JH: (Modestly laughing even though we all know it’s the truth)…Yes, yes, exactly!

And on that note, what would you say is your biggest strength?

JH: Ugh, I hate this question. Arta (a colleague) says it’s my big brain! But on a serious note, I don’t think intelligence is a lot unless you have persistence and grit, so I think I really pride myself on sticking with it. Setting a goal and sticking with it and persisting.

Perfect. So, what is it like being a woman in tech? Either when you’re in school or in the workplace, and have you had a lot of female mentors along the course of your life?

JH: A very complicated question! I’d say in school, I went to a really small liberal arts college [Colorado College], so I think there were six math majors. It’s like a small private university with about 2,000 students. In the math department, I sometimes had classes with just one other student, and that was honestly really nice. A lot of personal attention, and I had a few female math professors and a female mentor there.

Moving from there, I did my PhD at UT Austin. Going from this teeny-tiny school to this huge place. There were girls in the math department at Colorado College, so it wasn’t overwhelming, but then in my classes at UT, there were relatively few women. Definitely felt…well, I feel like everybody deals with imposter syndrome. People are always like, “Geez, I think I have imposter syndrome.”

JH: But I think for women, and this isn’t just in tech, I think we have to earn respect, rather than the respect is a given. I think it should be that way [for everyone]—you should be earning respect, no matter who you are.

Do feel like you ever face direct gender discrimination or inequality? Or do you think it’s more subtle?

JH: So, I think it’s a lot of micro-aggressions. I think a lot of people have really good intentions and want to be inclusive, but we all have these unspoken biases that you’re blind to, so I find it important as a woman in tech, and probably just like a woman in general, to be able to set boundaries. I’ve been asked to do a lot of “housework-y” things, but then it’s like, why don’t people ask him? Why can’t we make the task more equitable or more evenly distributed? Being able to speak up for myself when I think there is inequality is a skill that I’m still cultivating. Or just be able to redirect things like, “That’s a great idea, I think this person has a better skillset for it,” or “I did it last time, how about another person do it this time.” Stuff like that. And my advice to women in tech: speak up and set boundaries as much as you can….

Is this at UT?

JH: Yeah! So, I think just seeking out women in your community if you can find them is just a really nice thing so you don’t feel as alone. And then, I don’t know if this is related, but I was thinking of female mentors, and I really like reading books by female comedians, because they’re also in a field that is super male-dominated and have to carve out their spot, so I find that very inspiring. 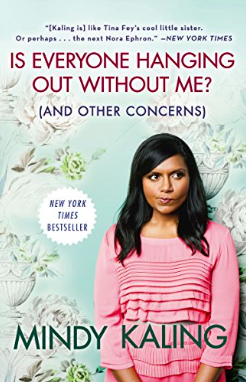 Is Everybody Hanging Out Without Me? I LOVED that book.

JH: I connected so deeply with that book, especially her description of high school, like she felt guilty knitting because it was a waste of time or she could’ve been working on her homework…I’m like, that is me! Yes! So I think that would be my advice. Even if you can’t find a female mentor in your field there are plenty of other fields where it’s really hard to be a woman too, and there are strong women in all of those fields, so just find one.

So wholesome. Switching gears a little bit, what is your biggest challenge on a day-to-day basis or just projects in general?

JH: I think there is an inherent challenge in research because you have an idea and you kind of always wonder, “Hey, will this work?” There’s just inherent difficulty in that, and that’s one of the reasons it’s cool, but it’s also one of the reasons it’s very challenging. And then, I think since I’ve graduated and started working here, one of the bigger challenges is balancing conducting research while making sure it’s pertinent to the company AND it’s something I actually want to do. It’s just balancing a lot of things.

Totally makes sense. I feel like balancing life is never not a challenge. Okay, so lastly, what inspires you?

JH: Okay I don’t really know what to say but I do think….chocolate! 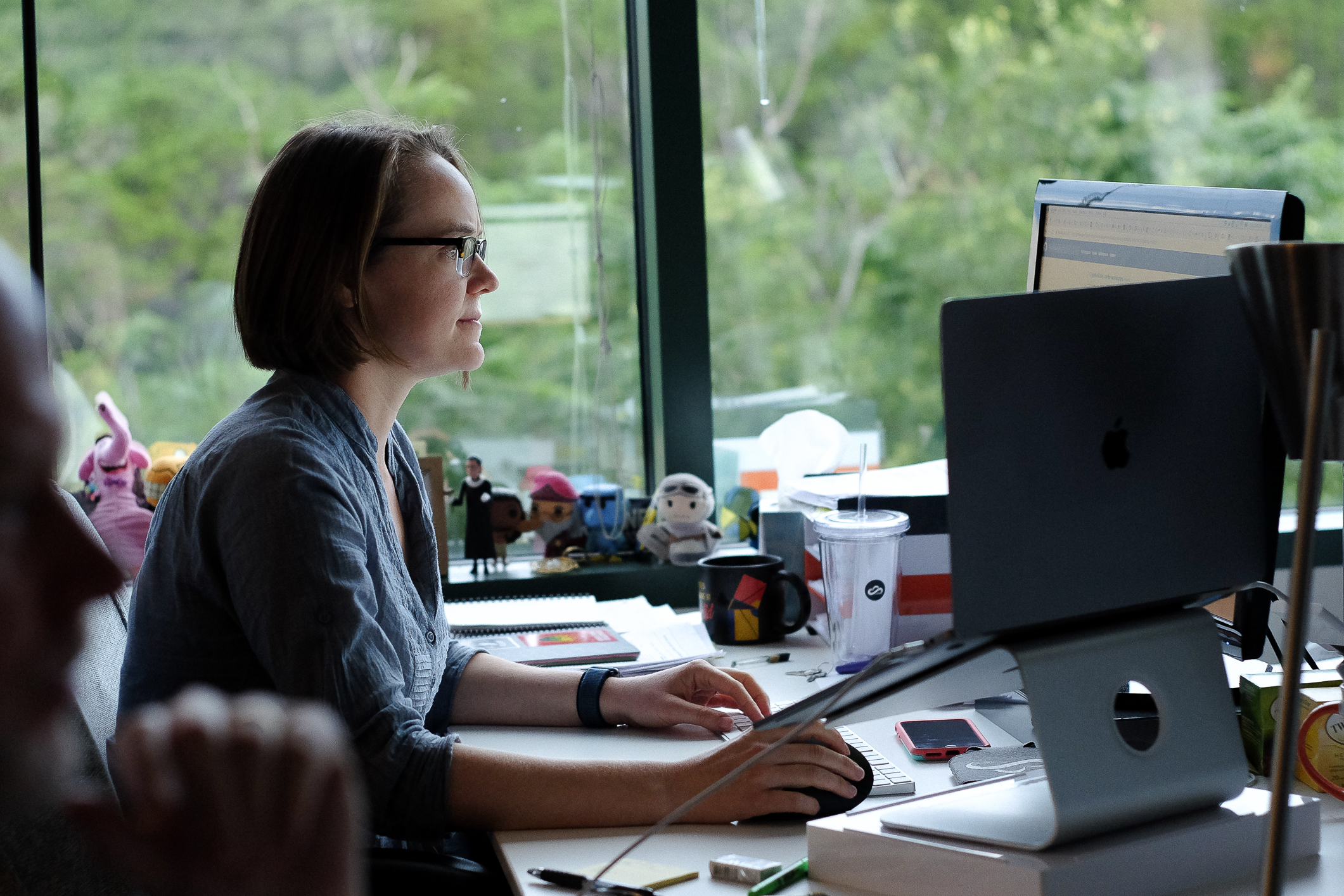 The best possible answer. I love it. Thank you so much for your time, Jette. Such a power woman!

You can find out more about which cookies we are using or switch them off in settings. View our Legal Terms and Conditions.

This website uses cookies so that we can provide you with the best user experience possible. Cookie information is stored in your browser and performs functions such as recognizing you when you return to our website and helping our team to understand which sections of the website you find most interesting and useful. To learn more visit our Privacy Policy.

You can adjust all of your cookie settings by navigating the tabs on the left hand side.

Strictly Necessary Cookie should be enabled at all times so that we can save your preferences for cookie settings.

If you disable this cookie, we will not be able to save your preferences. This means that every time you visit this website you will need to enable or disable cookies again.